You can officially call me a bad Minnesotan; I opted out of a weekend brewery road trip due to a snowstorm. I like to think I’m a smart driver, but really I just wanted to stay alive for another day of drinking beer.

Rather than driving several hours to drink, I opted to stay closer to home, and I did not regret it. OMNI provided a refuge from the cold and warmed me up especially well with their Omnipotent, a Scotch Ale (ABV 8%, IBU 21). For the next several Scotch Ales I drink, Omnipotent will be my standard against which I measure their quality. 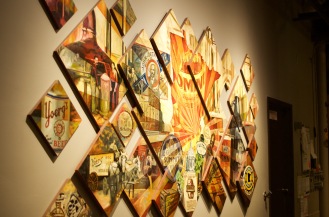 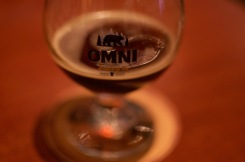 After the beertender gave me such a solid beer recommendation, I trusted her to offer me some advice worth repeating, too. Emily told me, “I get life advice from my bartender friend all the time, so I’ll tell you something that stuck with me. You shouldn’t marry the person you’re most in love with; you should marry someone that will be a good husband and a good father–someone that is steady. That’s not something most people will say to you.”

After Emily dropped that bomb, you can bet I wanted to hear the story behind that advice. Alas, she had to go back to the job that I had interrupted, so I’ll have to stick to actually following her advice rather than distracting myself with the story behind it.