Clockwerks is one of the rare craft breweries who can say they are located in downtown Minneapolis. While the surrounding areas (*cough* Northeast) are teeming with breweries, the downtown location is far more rare. The only competitor in the neighborhood is Rock Bottom, which is a bit like comparing apples to oranges, given one is a small, independent taproom, and the other is a national chain with 30 locations.

Nestled into the bustle of downtown’s traffic and night life, Clockwerks feels like a sanctuary. The warm lights reflect gold off the copper bar top, and chill AF music (eg. Childish Gambino’s newest album) slows your evening down. Steampunk decor transforms the industrial aesthetic into a cozier beer-drinking hideaway.

I was lucky enough to chat with Lonnie, one of the co-founders, about his venture. He talked about brewing beer with his dad, a homebrewer, long before he could drink. Growing up around beer taught Lonnie more than he realized, and traveling throughout Europe drinking beer was the icing on the cake. Clockwerks’ beer reflects those experiences. For example, one line will always be reserved for a homebrewer. The beer will also reflect European styles–served at a lower temperature and with less carbonation than what most American drinkers are accustomed to. 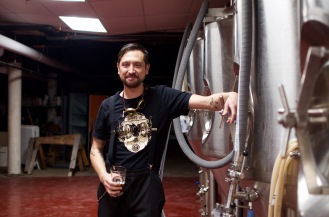 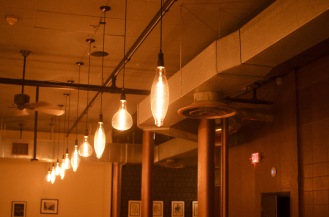 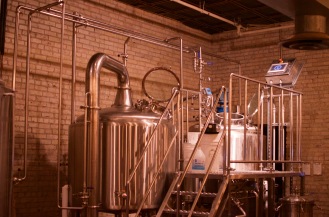 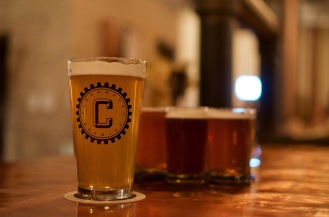 After sampling a flight, I enjoyed a Belgian Wit, both served up by Shannon. When I asked her for a bit of advice, she grinned to herself and told me, “If beer isn’t the answer, your question sucks.” Well, Shannon, I can’t entirely disagree with you. Unless you’re trying to name a child, in which case I would deviate from ‘beer’ as your answer.