I walked into Lakeville Brewing to an order of spinach and artichoke dip and a red ale. This is why you drink with friends, people.

After sampling LBC’s Irish Red Ale, I ordered my own beer – the LBC IPA. I also sampled the LBC Oatmeal Brown, alongside one of the many guest brews on tap.

LBC’s family-friendly taproom is filled with beer imagery and reclaimed wood. Through a large glass window behind the bar, the brewhouse sits stacked high, rather than sprawling. 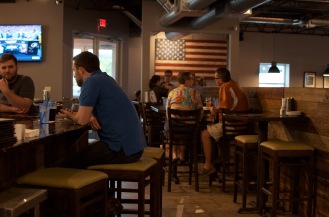 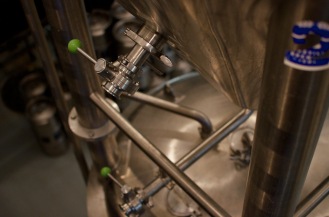 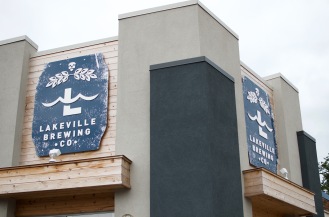 On a rather quiet Monday night, the taproom staff was more than available to offer advice. Brady and Ryan both offered a range of tidbits, but they landed on a sentiment reflecting their current work. “The way you treat your server shows your true character.”

This is a true statement if I’ve ever heard one. And, if you’re nice, they just might offer you a brief brewery tour.