As I returned to my hometown, walking past the biker bar where I took my senior pictures (that’s a story for another day), I felt a wonderful sense of contentment. I had with me an old friend (think fourth grade playground memories) who will soon leave for a job in Tennessee, and my boyfriend, who’s spent only a limited time in downtown Anoka. The night was a lovely meeting of pasts and futures.

10K Brewing surprised me with its crisp and intentional use of a space in historic downtown Anoka. Talented live music set a chill, comforting vibe. The space itself defined the brewery’s brand even beyond its beer; it offers an entirely new scene in a town of local dives, filled with ghost stories (it is the Halloween Capital of the World, after all). That’s not to say I didn’t run into a few of Anoka’s classic stereotypes, but that’s the joy of going home.

My favorite part of 10K Brewing is their focus on nice beer and nice people. With such a simple and transparent tagline, it’s easy to build a practice that is good for the world. A philosophy of Minnesota Nice might seem small, but I think it might make a big difference. 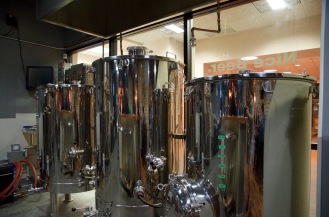 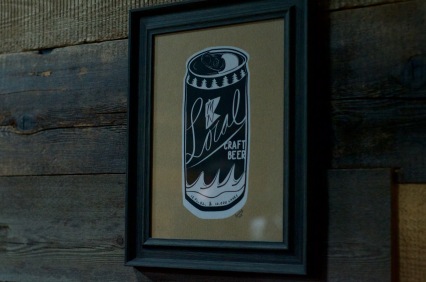 My advice came from co-founder and head brewer, Jesse Hauf. (His co-founder and sister, Ashley Hauf, was busy running the bar). He told me, “If you have an idea, something you want to do, just do it. Get things rolling, and it will all start happening.”

My conversation with Jesse taught me that waiting until you’re ready means you might be waiting forever. You know that feeling of dread before jumping into an icy lake on Memorial Day? And the feeling of exhilaration that consumes you as you hover–weightless–in midair? I think Jesse and Ashley refused to give that dread a second thought and went straight for the exhilaration.